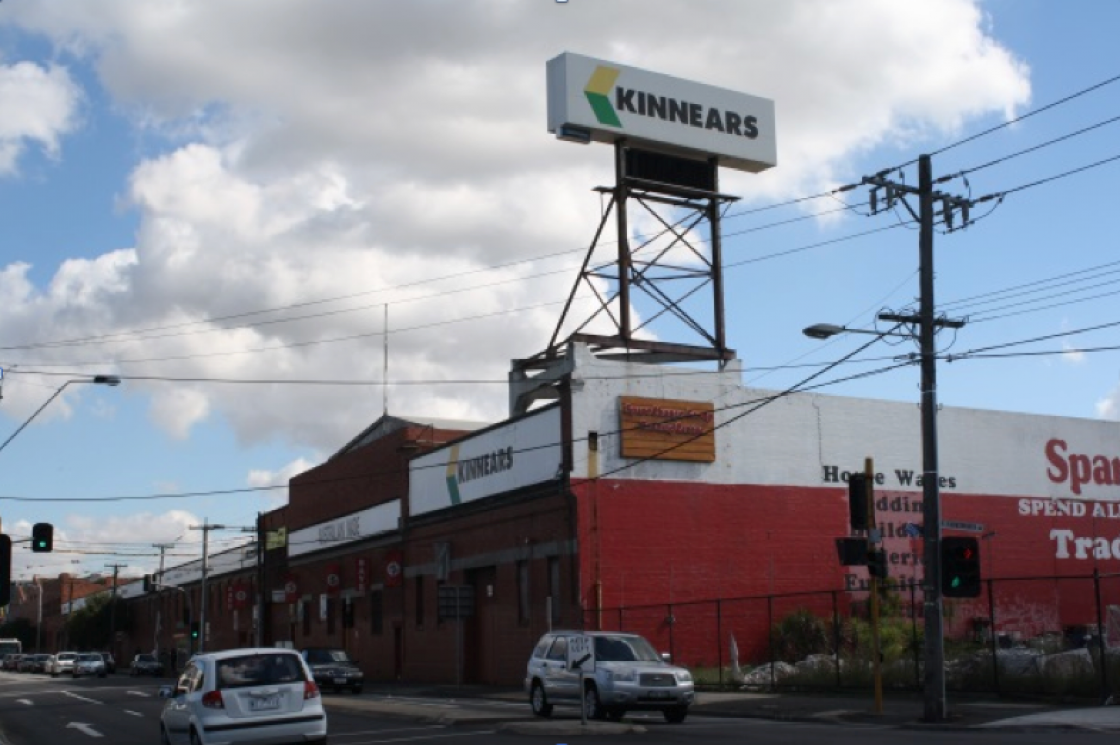 George Kinnear was born in England in 1825. In Canada and America, he learnt the ropemaking trade. In 1864 went to Melbourne. He established his own ropewalk in Essendon in 1874.

In 1899, brothers Edward and Henry bought out the business from their father. They moved the works to Kensington briefly and in 1902 moved again to Footscray. By the 1930s, the works was making many types of hard fibre ropes including lashings, clothes lines and reaper and binder twines from jute, flax and cotton. Part of this factory includes a 420 metres corrugated iron ropewalk along the back of the site, parallel to Kinnear Street.

After her husband left to fight in World War I, Marg Tucker got work at Kinnear’s in Footscray. In her book, If Everybody Cared, Tucker recalls the boss taking her around the factory and asking which machine she would like to work on. Marg chose a huge ninety-six bobbin machine, with ninety-six strings running through it.

Marg said, “I loved …working at Kinnear’s rope factory. From the bosses – the Kinnear brothers – down, the workers were all my friends” (If Everybody Cared, 1977: 159).

Marg’s cousin and William Cooper’s daughter, Sally Russell Cooper and her son Kevin also worked at Kinnear’s rope factory for a while. Margaret Tucker left to work at the munitions factory where she manufactured bullets during World War II.

According to the Living Museum of the West, other Aboriginal people who worked at Kinnear’s or the munitions factory include Connie Alberts, Eileen Watson and Mary King. 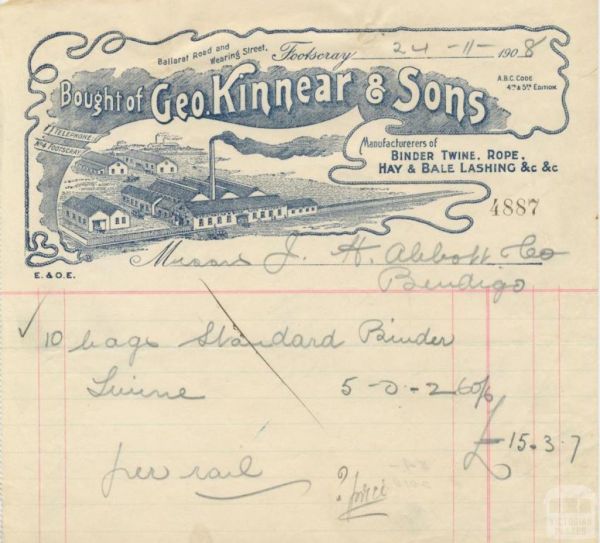