Grand Pioneer Rally protested by William Cooper and other activists 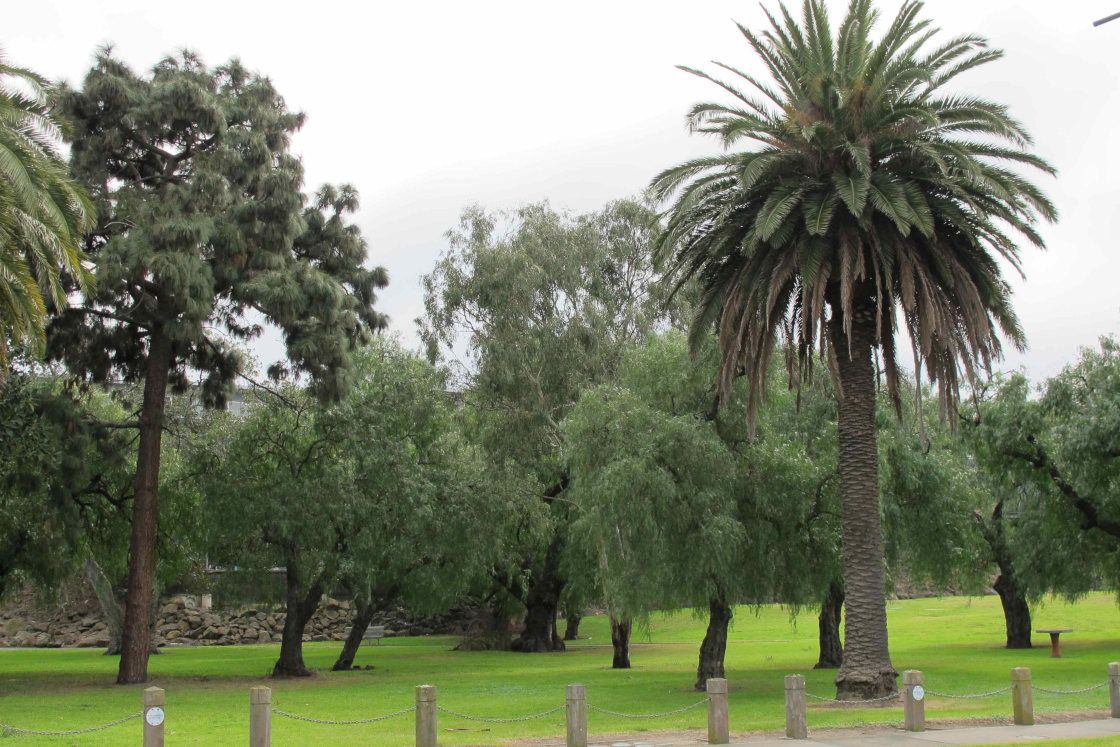 Grimes Reserve – also known as Napier Reserve and Batman Reserve – was the site of an incident that showcases Cooper’s unrelenting fight for his people to be recognised. The Aboriginal Choir sang at an event at Grimes Reserve in 1937 that was commemorating Batman’s arrival. This event galvanised many to work towards The Day of Mourning.

“Grimes Reserve, known first as Napier Reserve, then Batman Reserve from 1943 until the 1970s, is thought to have been the spot where John Batman landed on the western side of the river in 1835. Early European travellers in the area noted the existence of many indigenous ‘ovens’ in the locality. An Aboriginal choir sang at a Grand Pioneer Rally held at the reserve to commemorate Batman’s arrival in 1937. However, days later Aboriginal activist, William Cooper, a resident of Footscray in the 1930s, protested that the official address made at the rally made no mention of Aborigines”.

By placing this event as part of a broader foundation myth of colonization, Bain shows that Cooper saw these events for what they were – attempts to whitewash Australian history. Members of the Australian Aborigines’ League were part of the Choir that performed at the Grand Pioneer Rally and Cooper wrote a letter to the Rally’s organiser, Isaac Selby, complaining about Selby’s White Australia speech. Cooper’s protest to Selby seems to have initiated the Day of Mourning in 1938. 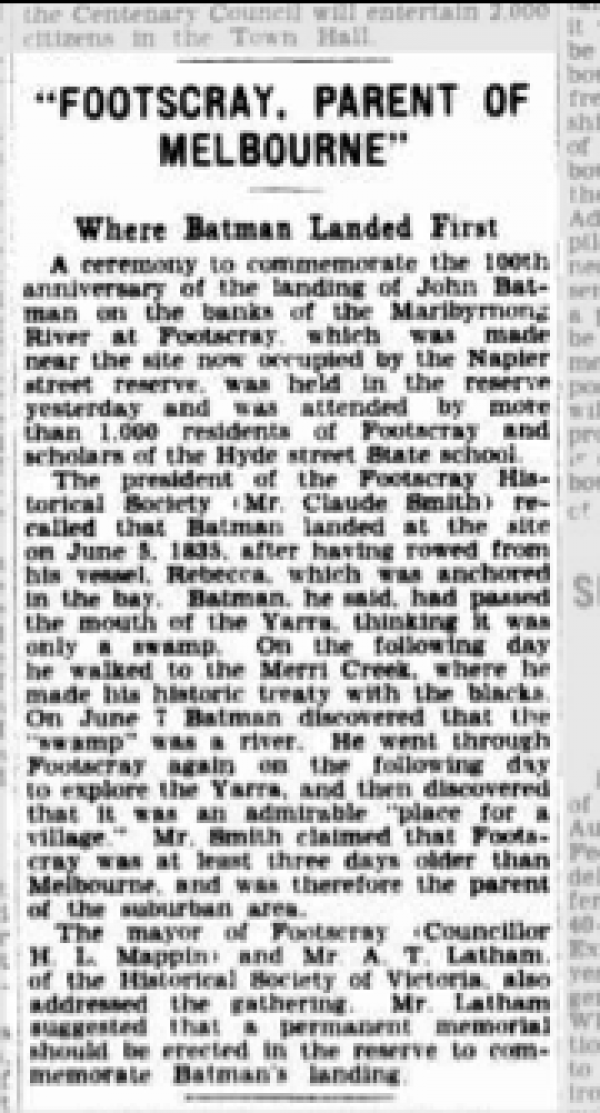