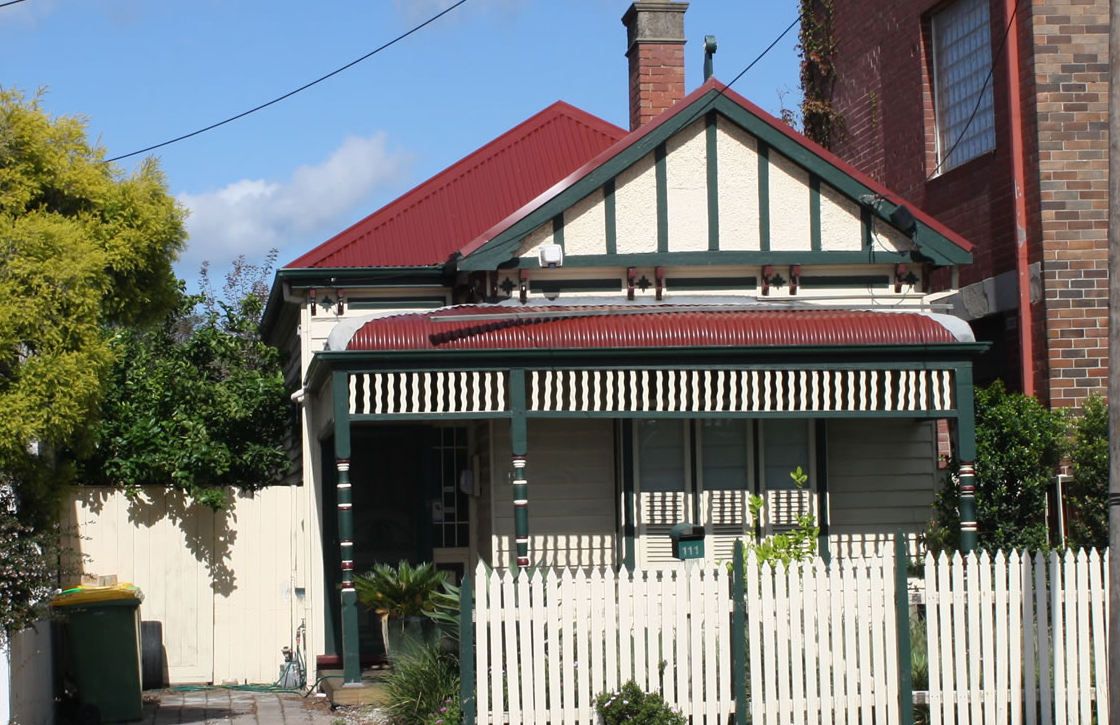 For more than 40 years, Auntie Sally Russell Cooper’s home at 111 Ballarat Road, Footscray played a significant role in the lives of many Aboriginal people. It was an important place of social contact. Mollie Dyer recalls that her mother’s place in Seddon was too small for “so many women trying to get dressed [for her wedding] so Auntie Sally Russell, who was the youngest daughter of Uncle William Cooper, offered us the use of their home” (Room for One More, 24).

Sally Russell Cooper and her husband, Uncle Mick Russell, moved to the house in Ballarat Road in the 1930s from Federal Street, Footscray. The Ballarat Road house – with 3 bedrooms and a spare room out the back – was an unofficial boarding house for Aboriginal people from World War Two until the early 1970s.

The following is adapted from the Maribyrnong Aboriginal Heritage Study.

Within the City of Maribyrnong the Aboriginal community opened their houses to each other, offering an environment where, as Larry Walsh has noted, people could be nurtured.

Especially during the 1930s, people travelled down to Melbourne’s west from Cummeragunga, Shepparton and the Western District, to try and get work and join in the burgeoning political movement. People travelling from the Western District did not have to get off in the city and then make their way to Footscray, as the Footscray train station was situated on the Warrnambool side of Melbourne. This meant that an Aboriginal person could get off in Footscray and always find a place to stay, either with relatives or friends, which encouraged confidence and a feeling of community. In the 1930s there were many cheap boarding houses which Aboriginal people moved into. One such house was Aunt Sally’s, a boarding house in Footscray which provided an important social function. Her house was open to provide a refuge from loneliness and homelessness for 40 years. Sally had lots of parties, which were very important to the local Aboriginal community, as “There were not many places that Aboriginal people could go in those days to socialise” (From Larry Walsh & Reg Blow (1998) Towards Reconciliation Research Report for Maribyrnong City Council).