Harold was born on Cherbourg Mission in western Queensland. From the age of two, he grew up on Purga Mission near Ipswich. Harold shot to fame in 1945 scoring a record vote in the radio talent quest Australia’s Amateur Hour.

Harold Blair has been called “one of the most impressive figures ever in Aboriginal affairs”. During the 1940s and 1950s, he was certainly amongst the best-known Aboriginal people in Australia and abroad; firstly, because of his lyric tenor voice and, secondly, because of his political activism. Harold was a member of the Aborigines’ Advancement League and the Federal Council of Aborigines and Torres Strait Islanders.

Harold did not live in the western suburbs of Melbourne – in fact he lived for several years in the more affluent Eastern suburbs, playing cricket for Kew and studying at the Melbourne Conservatorium.

But Harold visited people in Seddon such as Margaret Tucker and Sally Russell Cooper. Marg was also well-known for her beautiful singing voice which was often put to use for fundraising activities. According to one source, Marg received some musical training from Harold and she certainly was a supporter of his choir.

When Harold became a music teacher, he worked at Sunshine Technical School. His choirs showed his “near genius as a choirmaster”. Harold’s wife, Dorothy, said that the principal at Sunshine Technical, Mr Pittock, hearing that Harold was going into education, said, “Well, If Harold Blair is going to teach, I want him.” Dorothy said that Harold “absolutely loved teaching…especially his choirs. And each year…he would enter into the eisteddfods and he would win every time”.

Molly Dyer recalls fund-raising for an all-Aboriginal choir that Harold was putting together in 1956 – and her mother Marg was a member of that choir. Mollie also talks about Harold’s involvement in the international Moral Re-Armament movement with her mother. (See Mollie Dyer’s book, Room for One More). Both Marg Tucker and Harold Blair were members of Victoria’s Aborigines Welfare Board.

In 2013 Harold Blair was inducted into the Office of Aboriginal Affairs Honour Roll as A renowned opera singer with a social conscience. See also this Victorian Indigenous Honour Roll 2013 multimedia presentation. 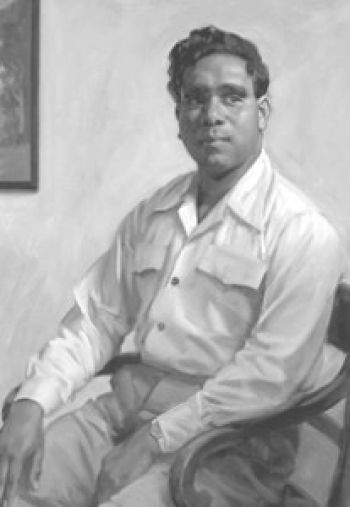