While Pastor Doug Nicholls did not live in Melbourne’s western suburbs, he certainly visited people who lived in Footscray, Yarraville and Seddon. Pastor Doug was instrumental in the Aborigines Advancement League – which ran from William Cooper’s houses in Ballarat Road and Southampton Street, Footscray and Mackay Street, Seddon. Pastor Doug also attended churches in the area.

Like many of the Aboriginal activists we’ve looked at in the Bonmarart Leewik project, Doug Nicholls was born and raised on Cummeragunga mission. Nicholls first came to fame because of his sporting prowess in boxing, running and footy – all of which activities made money. Pastor (later Sir) Doug said, ‘the only way to crack the white world was to do something better than the white man’.

Doug Nicholls “cracked the white world”, at first, through sport:

One football website notes: “Arguably one of the most famous, and undeniably among the most important, Australians of the twentieth century, Doug Nicholls’s most significant accomplishments transcended football”. The site goes on to discuss his notable sporting achievements.

With Cooper, Nicholls was active in advancing the rights of Aboriginal people. He was a founding member of the Australian Aborigine’s League (1936) and a powerful orator:

“Aboriginal People are the skeleton in the cupboard of Australia’s national life … outcasts in our own land.”

After the death of William Cooper in 1942, Doug Nicholls emerged as a notable Indigenous leader.

Sir Doug was recalled from service in the Second World War to continue working with his community in Fitzroy. In 1942, he married Gladys — a community leader in her own right. Gladys was the widow of Doug’s brother Herbert (known as Dowie). Gladys was not only a grassroots activist, she also worked in the munitions factory in Maribyrnong when she and Dowie moved to Melbourne from Cummeragunga in 1939.

Much loved and respected people, Sir Doug and Lady Gladys together were responsible for great change. A statue of them in Parliament Gardens in Melbourne indicates how influential they were. 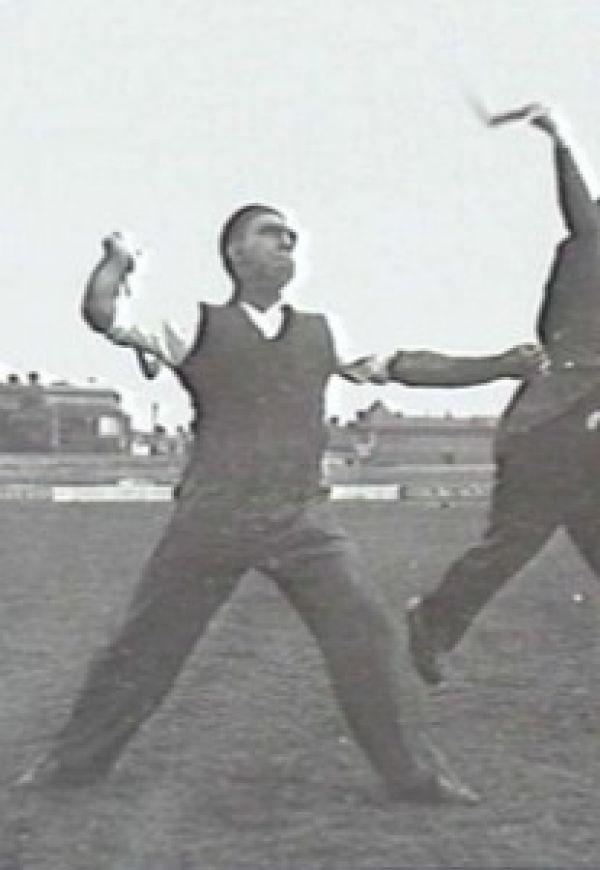