Sally is recorded as speaking about her father’s tireless work to gain rights for Aboriginal people. In an interview when she was elderly, Sally mentions one example of her father collecting the signatures (nearly 2,000 from Victoria and New South Wales), for the petition to the King. This work ‘was mostly done by foot’. ‘He walked everywhere’, she said. ‘When he found out that the petition never left Australia he was a very disappointed man’ (Interview with Auntie Sally Russell nee Cooper at Footscray Elderly Care Centre, Koori Oral History Program, 1990).

Aunt Sally and her husband, Uncle Mick Russell, moved to the house in Ballarat Road in the 1930s from Federal Street, Footscray. The Ballarat Road house – with 3 bedrooms and a spare room out the back – was an unofficial boarding house for Aboriginal people from World War Two until the early 1970s. Like many Aboriginal people living in the western suburbs of Melbourne, Sally Russell worked at Kinnear's Rope Works, Ballarat Road. This link to the Living Museum of the West’s Still Here site shows Sally Russell at the NAIDOC Ball in 1976.

Kevin Russell remembers his grandmother Sally speaking of her father as a hero and she – like family members today – instilled in her grandchildren knowledge about William and the amazing things he tried to do for Aboriginal people. 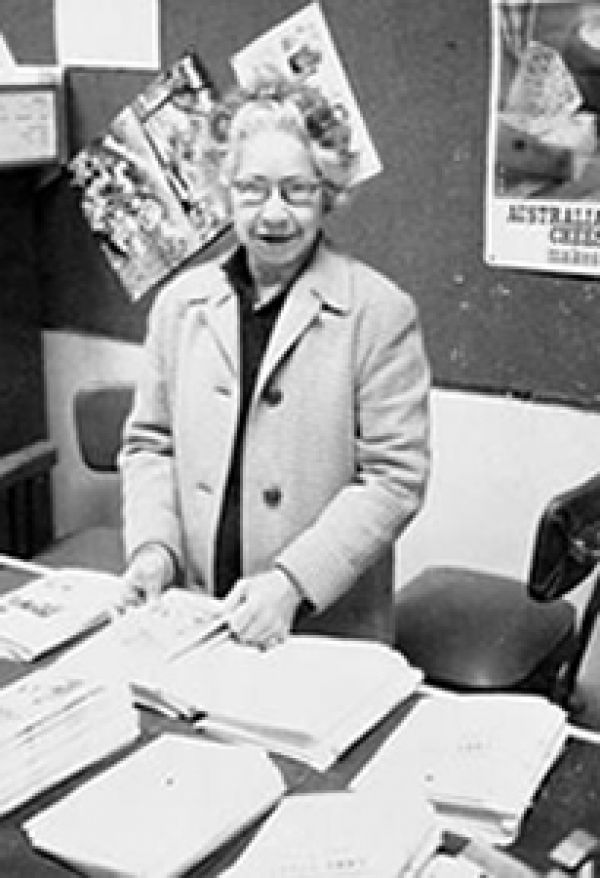