Music has long been and continues to be a crucial means of artistic expression, an important social medium and a political statement in Aboriginal communities. As well as singing, gum-leaf playing featured aboriginal music making. Hymns and popular tunes were common genres for choirs in the missions during the first half of the twentieth century.

Many Indigenous communities and missions supported choirs – many of which travelled nationally and internationally through the 1900s. See, for example, the choir from Ernabella Mission.

Harold Blair started singing in a church choir and his own work as a choir master was renowned. Marg Tucker, William Cooper, Lynch Cooper and other activists were all in choirs and Marg financially supported Blair’s Aboriginal Choir. Marg herself is reported to have lead an Aboriginal Women’s Choir.

An Aboriginal choir singing at a public event in Footscray was newsworthy in Tasmania:

The Mercury (1937) ABORIGINAL CHOIR: To Entertain Victorian Pioneers – MELBOURNE, May 27.

Victorian pioneers who will celebrate the 102nd anniversary, of Melbourne shortly will be provided with novel entertainment. An Aboriginal choir from Cummeragunga, New South Wales, will provide a programme which will include “The Old Folks at Home,” sung to a harp and gum-leaf orchestra, and the playing of tunes on hoop Iron, together with a corroboree song. (The Mercury) 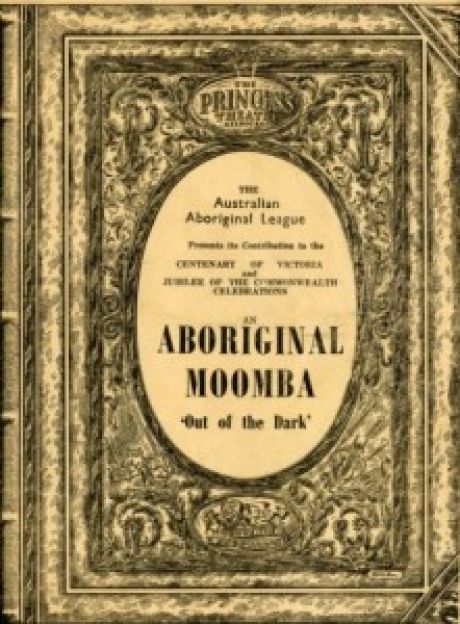 Aboriginal Moomba at the Princess Theatre (1951)

Music was central to many activities of the Australian Aboriginal League in Victoria.

An Aboriginal Moomba ran at the Princess Theatre in 1951

Music could also provide a way of raising funds to support activism and social programs. The choir from Cummeragunga played at the Tivoli in Melbourne in 1945 to raise funds for the Echuca District Hospital: “Box office receipts for the evening exceeded £60 and a competition for a boomerang made by a member of the mission station brought in another £4″.

Maxine Barr, Mollie Dyer’s daughter, reminisces about her Nan, Margaret Tucker, and recalls her singing in the choir:

“Maribyrnong means to me where Nan did a lot of her work in the early days, the setting up of the Aboriginal Advancement League, singing in the choir, any monies she got from her and other’s efforts, they would buy blankets and send them back to Cummeragunga and that makes me feel very proud of what my Grandmother did”.