In response to planned celebrations to mark the sesqui-centenary (150 years) of the arrival of the British, William Cooper and Bill Ferguson of the Aborigines Progressive Association planned a ‘Day of Mourning’ to draw attention to the destructive effects of the invasion. The first national Aboriginal civil rights gathering at Australian Hall (150–152 Elizabeth Street, Sydney) – the Day of Mourning – was held in 1938. 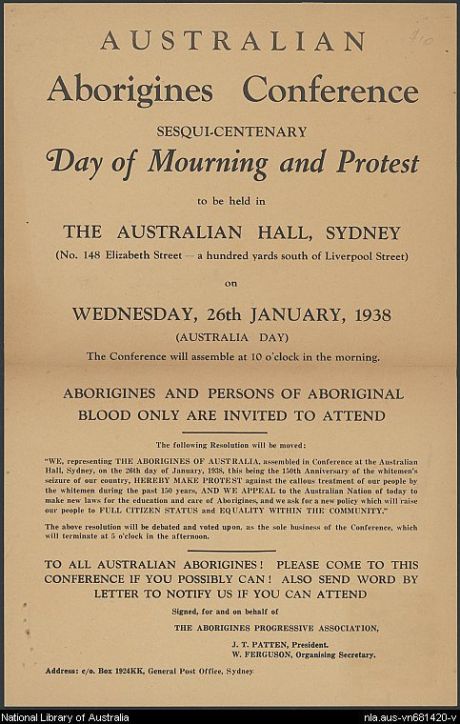 Australian Hall was the first non-Aboriginal structure to be recognised as an Aboriginal heritage site because of the milestone conference campaigning for reforms in government policies towards Aboriginal people convened by the Aborigines Progressive Association. One outcome from the conference was a 10-point list of demands that was presented to Prime Minister Joseph Lyons. The 1938 conference ultimately led to the 1967 Referendum. William Cooper, Margaret Tucker and Doug Nicholls represented Victoria. 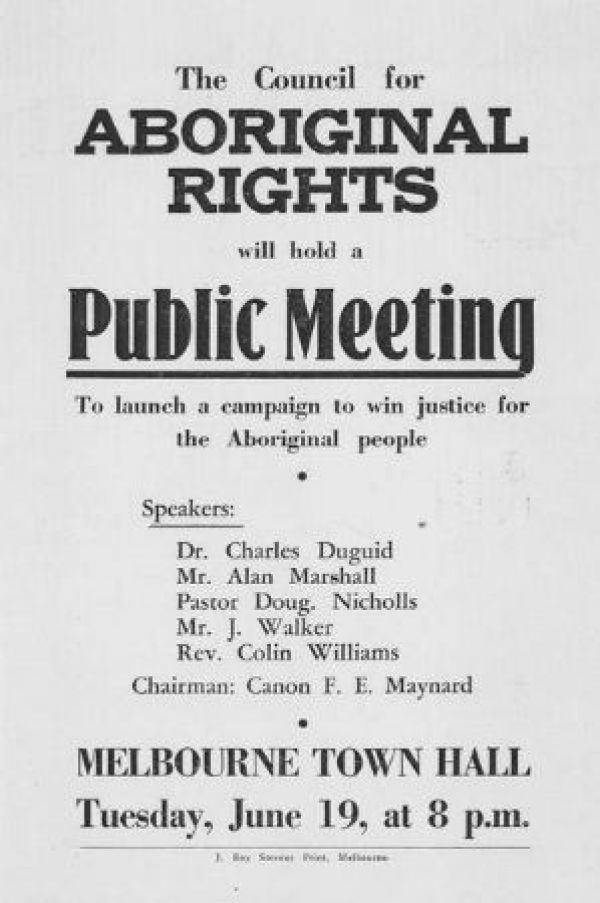