A long history in Aboriginal activism

Letters and Petitions have a long history in Aboriginal activism in Australia.

William Barak walked from Coranderrk to Government House to deliver a protest letter:
William Cooper’s great grandson, Kevin Russell, talks about his great grandfather writing letters by candlelight in the front room of his house in 73 Southampton Street, Footscray. Thinking Black by Bain Attwood and Andrew Markus includes many of Cooper’s letters:
In 1939, Cooper wrote to incoming PM Robert Menzies hoping the new government would continue the “Aboriginal uplift” of Joe Lyons:

“Mr Lyons has assured me that all his ministry shared his sympathy for my race… I do trust that care for a suffering minority will ensure that kindliness of treatment that will not allow Australia’s minority problem to be as undesirable as the European minorities of which we read so much in the press.”

This scene from the TV series, Women of the Sun (1982), show how petitions tried to indicate community feeling on issues

The letter to PM Lyons that was attached to William Cooper’s petition to King George in 1938 was written from 43 Mackay Street, Seddon 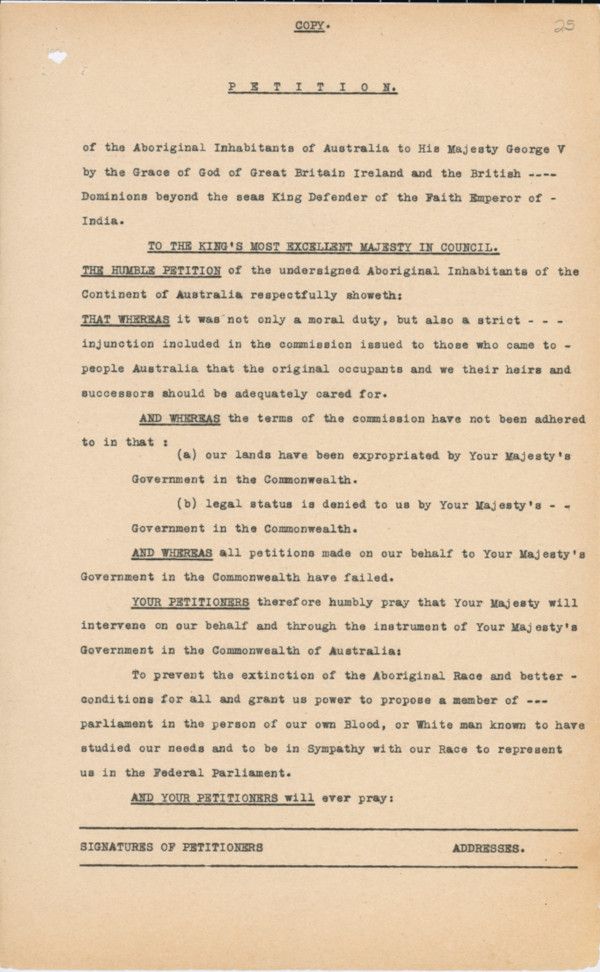